Nate, Ray, Migz and Dana (who couldn’t make it due to “work”) currently call the east coast their homes. These boys get out quite frequently into the mountains in New England, but the east coast only affords them so much. Once a year they are usually looking to get a little wild and that’s when I’ll get the call. On their inaugural trip to Colorado 2 years ago we trekked through Wild Basin in RMNP en route to Alice and Chiefs Head via Lion Lakes and then followed it up the next day with a sunrise climb of Longs Peak. Each has his own temperaments and talents, but in the end it always seems to work out, even with Ray who has no qualms calling the Pigeon/Turret saddle a success and may still be referred to as “the Gatekeeper” of the Keyhole.

In 2014 I needed to step it up. With a trip deep into Wild Basin in RMNP (still one of my all-time favorite spots in CO) already under their belts, thoughts of a long weekend in the San Juans began to take shape. In the end we ultimately decided on a 4 day trip into Ruby Basin in the heart of the Weminuche Wilderness. This would be my first trek into this area as well. (Thanks Ben, Brian and Kevin for the logistical support fellers. Appreciate it!)

After several weeks of planning and 3 flights across the continent, the 4 of us found ourselves on a Thursday morning at 8 AM leaving the confines of the Durango Mountain Resort and making our way across Hwy 550 to the Purgatory TH. Purgatory to Needleton (where the train would drop you) adds about 10 miles each way, but the gain is very minimal. At Needleton you then begin the 4 mile, 3,600 foot ascent up Ruby Creek. Gerry Roach describes this as “so difficult that it has left several strong people speechless”, which would explain why around mile 2 of this ascent someone from sea level will probably ask why they just walked an extra ten miles when there is a train. There is no logical explanation so no response is required, but from this point on, the trip leader will need to occasionally dodge rocks and other projectiles thrown by those he once called friends. That is until 14 miles and ~4,000 feet later when you arrive at Ruby Lake and all is forgiven. This peace offering is short lived however, since you must now break it to the group that camp is another 500 feet above the lake just inside treeline.

A couple of Gordons later and all was good in the world. Before hitting the pillows hard we eventually negotiated and settled on a 4 AM wake up. Day 2 would consist of a climb of Pigeon and Turret from the saddle.

Note: There is a good trail from Ruby Lake to treeline and then into the upper meadow that hugs the northern end of the basin. It will save time and keep the willow masochism to a minimum.

After arriving at the saddle we began the 300 foot descent down the backside of Pigeon along the grassy slope to the notch. Once through the notch we continued down the scree another 400 feet or so. You almost completely encircle the mountain before beginning the 1,100 ft ascent up the gully to reach the ridgeline. From there it’s about 300 feet of Class 3 and 4 scrambling to the summit of Pigeon.

The Pigeon/Turret saddle sits at 13,100 feet, but you must reascend a demoralizing 700 feet to regain the saddle after summiting Pigeon. Therefore, the overall gain to Turret is about 1,500 feet, mostly Class 2. If you don’t come from Purgatory the day before it might not be as painful.

With Day 2 in the books we eventually called it a night and set our sights on Day 3 and the Animas Group. Actually, Nate and I set our sites on the Animas Group while Migz and Ray decided that Day 3 would be spent at/in Ruby Lake. It was a decision that no one would regret and the smiles on Ray and Migz’s faces when we returned the next day were all I needed to see to know they too had a blast.

After another 4 AM wake up we once again trekked our way into the upper basin, this time using the trail :). From there we began the ascent into the basin just below the Peak 13/Monitor saddle. This basin will eventually turn from grass to scree and lead you to a ramp that will provide an entryway of sorts to the scrambling that takes you to the Peak 13/Monitor saddle. The route from the saddle to the summit of Monitor is cairned. Most of this can be kept at Class 3.

Next up, Peak Thirteen. Back at the saddle we traversed around the backside of Peak 13. When continuing horizontal became too exposed, the only way to go was up! We took our time and after a few airy moves found ourselves quickly on the summit. Of all the peaks on this trip I found this short climb to be the highlight for me. This was pure fun and there is certainly something to be said for solid rock!

From the summit of Peak 13 we looked for the rock with the white arrow painted on it below us and descended to it. From there we traversed some ledges westward and then continued descending until we reached the Peak Thirteen/Animas saddle. A few cairns and scree fields later we found ourselves at the headwall leading to the summit.

We stayed on the summit for quite a while, took a few 100 pictures, ate some food and basked in the weather we had just been granted for 3 straight days, taking nothing for granted. When it was eventually time to head down to camp, we descended back to the saddle and entered an obvious gully. We continued down this gully to a point where it no longer seemed safe and then cut right up onto a grassy slope which eventually lead us to another gully and an easy descent back to camp.

Nate and I sat in camp for a good hour or so and reflected on where the last 3 days had taken us. When the packed up what remained of camp and met the guys down at Ruby Lake for the pack out down to Needleton that evening, eventually pitching our tents along the Animas and calling it a night. It would be a long well earned glorious night’s sleep. 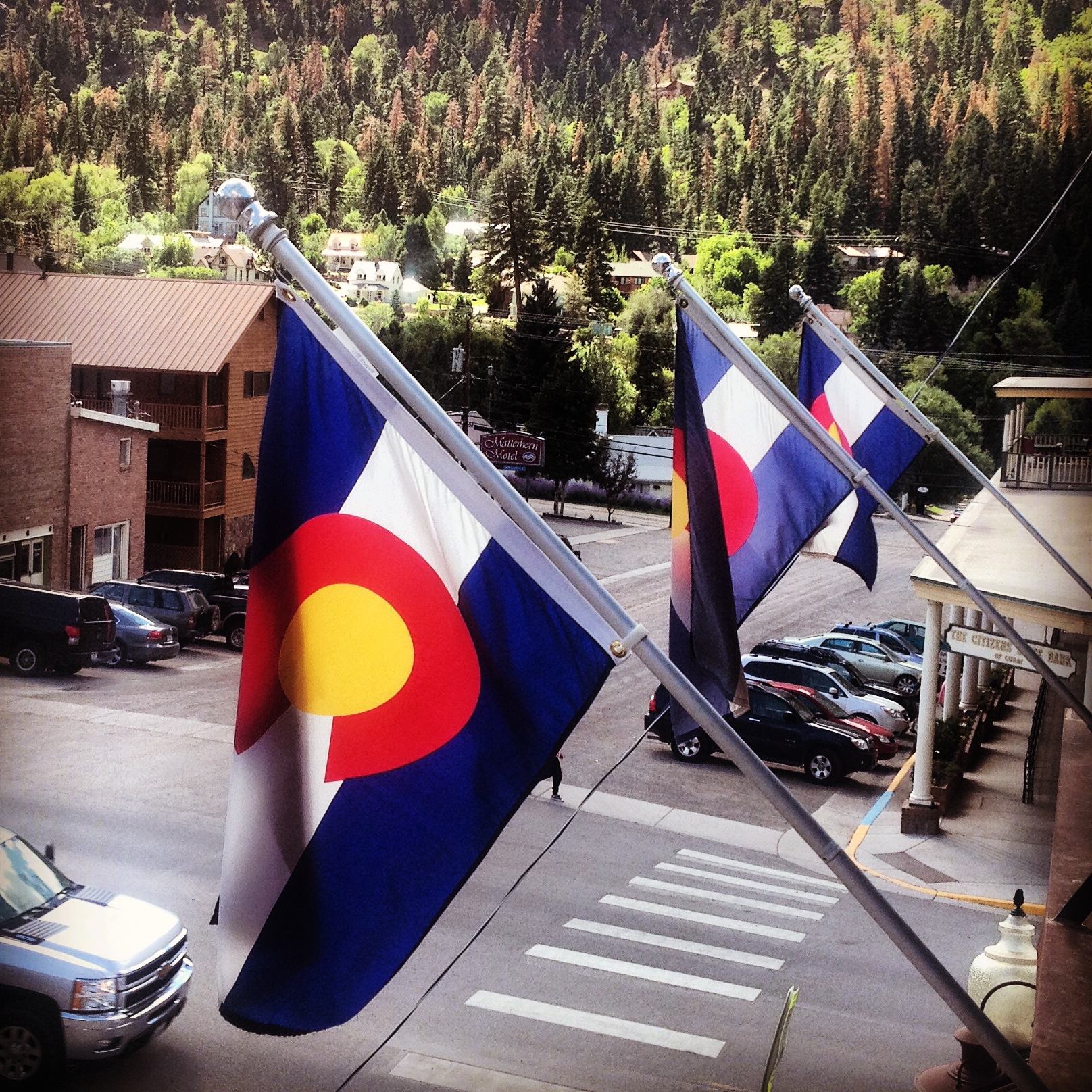 To conclude, in my book there is the San Juans and then there is the Weminuche. Something about the Wemi is very different. Maybe it’s the remoteness, the vastness, the lack of humans or a combo of all 3, and then some. I don’t know, but I feel it every time I’m in there, look forward to each and every 6 hour drive :), and can’t wait to head back.

Nate, Migz, and Ray thanks for one heck of an adventure gentlemen! It was a pleasure to have and spend 4 days with you all again in Colorado. Come back anytime and keep me posted on next year’s trip to Costa Rica ;)!

4 thoughts on “Purgatory to Ruby: Pigeon, Turret and the Animas Group”