Once upon a time way back in 2012, Dana, Migz, Nate and Ray got off a plane at DIA and within 24 hours found themselves on the summits of Chiefs Head (Sheeps Head if you ask Dana) and Alice in Rocky Mountain National Park. At the time I figured these would be some excellent “acclimation” peaks since a sunrise summit of Longs was on tap for the following day. It would be the 1st outing of what has since become a somewhat annual hazing tradition.

Skip ahead to 2014 and the reunion tour found us climbing some of Colorado’s finest peaks in Ruby Basin – Pigeon, Turret and the Animas Group –  all the way from Purgatory TH, a trip that Nate has since coined the Dillon Death March.

In 2015 it was their turn to return the favor… on their turf. And they sure did.

This was a long trip so I figured it be best if I kept most of this report to pictures as to not lose your attention. 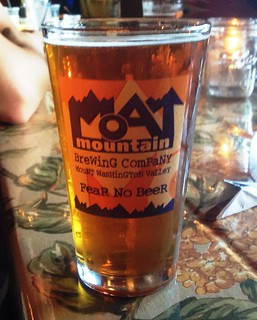 Note: After waking up to sideways rain and uprooted trees we decided to alter the day 3 itinerary and make a very long beeline for the truck.

Nate, I owe you one for putting this all together man! I really didn’t know what to expect, especially having never been above any sort of treeline back east. Leaving the trees early Friday as we approached Madison I realized these peaks were something special. Then when I got to sleep in bunk and eat like a champ after a killer day, well it just kept getting better. I’ll leave 2016 to you guys – Tahoe, PNW, even Costa Rica.  I’ll be there for sure, but 2017 must include a top secret cabin in the San Juans. Until next time, thanks for one hell of trip boys and thanks for reading all!

4 thoughts on “The Presidential Traverse and Beyond”